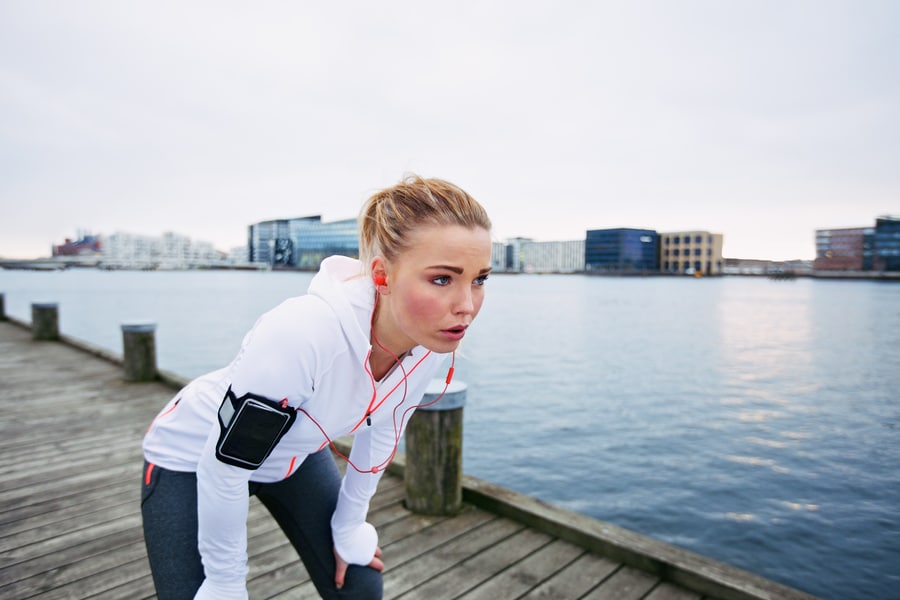 If you’ve just started mewing, you may be unsure how you should be breathing. Even worse, you may be unable to breathe! So how are you supposed to breathe while mewing, and what if you can’t?

The short answer is that you should breathe through your nose while mewing. If you’re unable to do so, you might just need some more practice. For the full answer, read on.

The Correct Way to Breathe

Proper tongue posture, also known as mewing, is when you hold your tongue against the roof of your mouth. When doing so, your mouth should be closed, with the teeth touching each other lightly and your lips sealed.

The main reason for this is that the nose moistens and warms air before it travels down the airways. Also, air that passes through the nose is mixed with nitric oxide, which is crucial for regulating the body’s blood flow.

Benefits of Breathing Through Your Nose

This is all thanks to the unique structures and mechanisms of the nose. Nitric oxide, for example, promotes blood flow when air reaches the lungs, while nasal mucuous keeps deadly bacteria out of the airways.

On the other hand, mouth breathing has various downsides. Some of these have been known about for decades, while others are associated with the poor tongue posture that mouth breathing often comes with:

I know a lot of people struggle with breathing through their nose — myself included. If you’ve just started mewing and you feel like you can’t breathe properly — since you’re trying to breathe with your nose — then I can sympathize with you.

In this section, I want to to discuss some of the possible causes for this inability to breathe while mewing, and then quickly look at the fixes.

From my research, there are a couple of reasons why people can’t breathe through their nose while mewing.

The most common situation is that people CAN breathe through their nose. However, since they’re so used to the air intake they get from mouth breathing, they feel like they can’t breathe with their nose.

Some people have it worse, though. According to Dr. Brennan Dodson, an ear, nose, and throat specialist, some have physical obstructions preventing them from breathing through their nose.

Two examples of this are mucosal inflammation, where the mucosa swells up and blocks the nasal cavities, and deviated septum, where the central cartilage of the nose is uneven and blocks one of the cavities.

A final reason for your inability to breathe through the nose, especially when mewing, is what Dr. Mew calls a lack of “tongue space.” To quote a recent video on the Orthotropics YouTube channel:

“Many people lack tongue space. Some will find the back of the tongue extends into the airway, when they attempt to perfect tongue placement, and, as such, some will find it impossible to reprogram this position as default.”

The answer depends on what’s causing your inability to breathe with the nose. Let’s handle each of the causes above separately:

If you CAN actually breathe through your nose, but you feel like you can’t, then the solution is to practice. Practice breathing with your nose until your body gets used to reduced air intake.

If your mucosa are swollen, you most likely have some kind of allergy. The solution is to simply avoid the allergen, or be prescribed decongestants, antihistamines, or nasal steroids to treat the inflammation itself.

If you have a deviated septum, you might be prescribed decongestants, antihistamines, or nasal steroids to further open the nasal cavities. Otherwise, you might need to undergo surgery to correct the alignment of the septum.

If you lack tongue space, you might just need to practice. Either way, keep an eye out on the Orthotropics YouTube channel in case Dr. Mew makes a video about this issue (which he has said he will do).

With any of these solutions, you need to be aware that there is a certain amount of risk involved, and you should only attempt a fix you’re sure of. If you feel like you are unable to breathe through your nose, be sure to consult a health professional for their expert advice.

The Important of Practice

Although there are a bunch of reasons why you might struggle with breathing through your nose — some of them more serious than others — I believe that the issue most people have is just inexperience.

When I first started learning to breathe through my nose, I thought it was practically impossible. It felt weird and even a little bit uncomfortable. But once I got over how it “felt”, I realized that I was breathing without any trouble. I just wasn’t used to it.

I suspect this is the case for many other people. It’s not that they actually can’t breathe through their noses — it’s just that it doesn’t feel right. If you keep practicing breathing through your nose while mewing, it should become more and more natural.

What’s more, Dr. Mew has alluded to the nasal cavities actually opening up as you mew over long periods of time. Whether this is true, and what causes it, is still unclear — but it’s food for thought!

As a final reminder, be wary of pushing yourself too hard. If you do indeed have a physical obstruction preventing you from breathing through your nose, practice probably isn’t the right solution for you. Like I mentioned earlier: consult a health professional if you’re unsure.