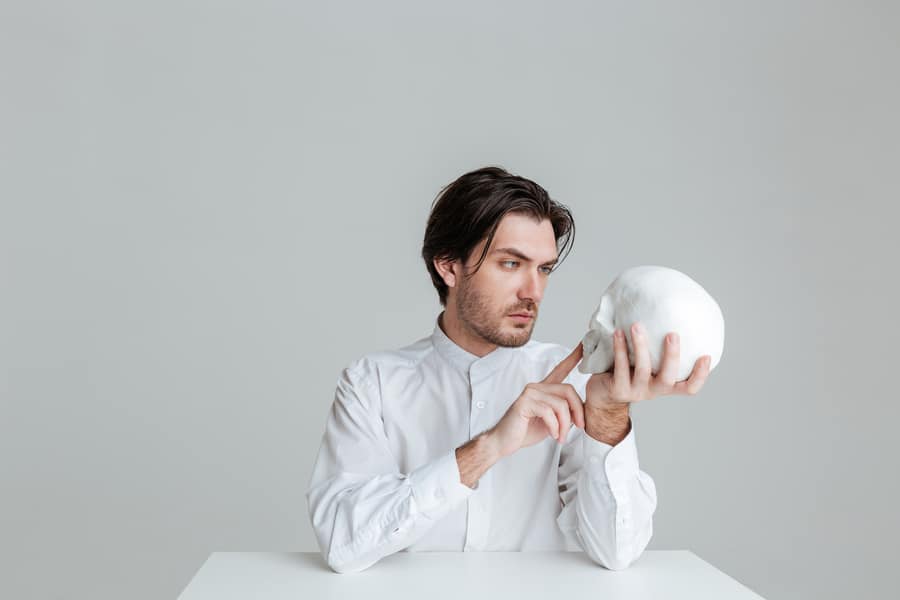 Mewing is a popular facial improvement technique that involves holding the tongue against the roof of the mouth. Orthotropic practitioners like Dr. Mike Mew claim the simple oral posture technique has numerous benefits both for health and appearance, but many followers report seeing mixed results when first starting out.

As a result, I decided to create this article to discuss some of the most common side effects of mewing. We’ll talk about what pain or discomfort you might feel, whether you can expect any negative changes to your appearance, and what other side effects there might be.

Side Effects of Mewing

Everyone has their own interpretation of correct mewing technique, so it’s hard to know what side effects you should actually expect from mewing.

Nevertheless, after reading hundreds of mewing anecdotes, I’ve concluded that the most common side effects of mewing are as follows:

One side effect which nearly everyone experiences is soreness. When first starting out with mewing, it’s common for the tongue, jaw, cheeks, teeth, palate, and/or gums to feel slightly sore. These areas may also feel numb or even painful.

There’s no disputing this side effect! Since mewing forces you to actively adopt a new tongue posture, it directly strains your tongue. Since the tongue rests against the palate, this force may cause soreness in other areas of the mouth, like those described above.

Another common side effect of mewing is the headache. Especially when starting out, many experience an uncomfortable throbbing sensation in the forehead. It’s unclear what exactly causes this side effect, but it usually subsides after just a few days of practice.

Looking at the longer time frame, a particularly serious side effect of mewing can be loose teeth. Since mewing is believed to expand the palate, this can disrupt the positioning of the teeth causing them to feel loose. Looseness in the teeth may also be caused by incorrect mewing technique, such as if the tongue pushes against the front teeth.

Ultimately, having loose teeth can result in crookedness. Since the teeth will no longer be held in place by one another, they may deviate from their ideal positioning.

Moving up the face, another commonly cited side effect of mewing is a raised nose bridge. The bridge of the nose is the bony prominence found midway up the nose. It’s more noticeable in some individuals than in others, but it said to be made more prominent by mewing.

This side effect might be caused by maxillary changes. Mewing is said to push the maxilla (the central bone of the face) upwards thanks to the constant force exerted by the tongue; this may in turn push the nose bridge upwards.

Another side effect of mewing observed in many individuals is psychological distress. The practice of mewing has lead many to become obsessed with their tongue posture and facial appearance, thereby resulting in unhealthy thoughts and tendencies.

Mewing has been accused of having several more side effects other than those discussed above. However, there is limited support for many of these purported side effects, so they should be taken with a grain of salt. They include facial asymmetry, a recessed chin, and a less defined face.

Generally speaking, there is a big difference between the side effects of regular and hard mewing. Regular mewing produces less noticeable side effects, while hard mewing tends to create more severe side effects and more of them. This is most noticeable with regard to the pain or discomfort that might be felt when mewing.

There are also claims that hard mewing can have other negative side effects, but this is a topic that is yet to be settled.

Can Mewing Ruin Your Face?

It’s clear that mewing does have some mild side effects, like oral discomfort. But the question many readers are asking is whether mewing can ruin (or worsen) their facial appearance.

When done correctly, I see no reason to believe why mewing would ruin your face. However, if incorrect mewing technique is used or excessive pressure is applied, it may cause negative aesthetic side effects.

If you’re concerned that mewing might be causing permanent adverse effects, you should stop immediately to consult a dentist or orthodontist. Similarly, if you feel excessive pain when mewing, stop immediately. If you are currently practicing hard mewing, you may wish to switch to regular mewing to reduce the impact of any side effects.

Mewing is an interesting facial improvement technique with impressive claims as regards its effectiveness. However, many mewing followers have complained of a variety of side effects, including loose teeth, facial discomfort, and psychological distress. While these are indeed side effects you should be conscious of, there is no reason to believe that mewing — when done correctly — will have a negative impact on your facial appearance.